This post has been written by Laura Kane, a Senior Consultant for Smarter Grid Solutions

Subsidies are typically introduced to encourage and support the development of new technologies and are used to support most generation technologies in the UK – not just renewables but nuclear and gas plants also rely on some support for new developments. With these subsidies, companies can afford to spend more money during the research and development stages of projects and as technology advances, support is gradually reduced.

There is a justification in reducing and eventually removing subsidies, however this should be carefully executed over a planned period of time and agreed by the industry, allowing asset developers and investors to participate in the market with long-term visibility of how and when subsidies are changing. The abrupt end of the Renewable Obligation Certificate scheme in the UK caused a great deal of uncertainty for developers which has since affected confidence and investment in the UK renewable energy arena.

Despite this, it can be argued that UK subsidies have achieved what they set out to do - they have encouraged innovation in the area of renewable technologies. In most cases they have accelerated development, and now the days of subsidy-free generation from renewable sources is drawing ever closer. A case in point here is the cost of offshore wind, which has reduced drastically in the last decade; as technology has matured and the size of offshore turbines has grown, the project costs have significantly reduced. 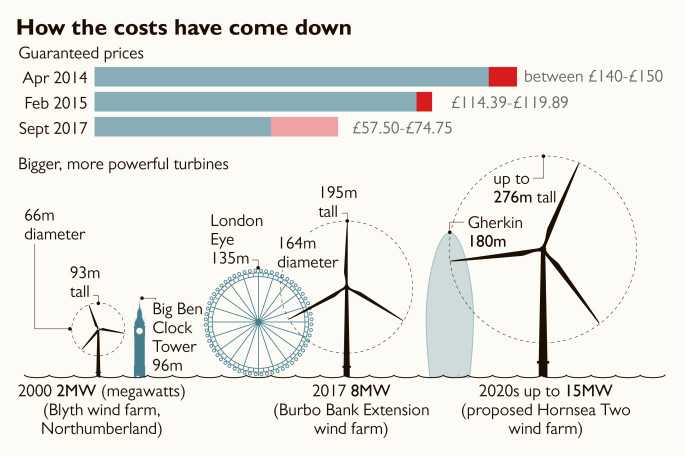 A report from Aurora Energy Research has stated that wind power is expected to account for half of the 18 GW of subsidy-free renewables to be built in the UK between now and 2030. The other half will come from solar power. This increase in subsidy free renewables is likely to reduce the volume of new gas generation connecting to the transmission network via capacity market contracts.

The world’s first subsidy free offshore wind farm was unveiled in April 2017 in Germany. Securing a Power Purchase Agreement for 1.4 GW at a price of €4.40 per MWh, Ørsted (formerly DONG Energy) backed developments OWP West and Borkum Riffgrund West 2 are located in the north sea off the coast of Germany and are due to be commissioned in 2024. Ørsted has been quoted as saying the following drivers have enabled zero subsidy bids:

Back on dry land, in September 2017 subsidy-free PV came to the UK - Clay Hill solar park, developed by Anesco. The total capacity of the site is 10 MW with 6 MW battery storage.

Construction of the site began two months after the Renewable Obligation was withdrawn, and was unsuccessful in winning support from the Contracts for Different auction meaning that Anesco had to ensure the site could be developed subsidy-free. Chinese manufacturer BYD supplied the solar panels and battery storage devices for the project. Smart inverter technology is installed on site to make the most of power yields and reduce failures. The batteries will be entered into the next round of bids for Frequency Response and Capacity Markets to increase revenue streams and will be operated with aggregation services. The Clay Hills team worked hard to make sure the solar farm was cost-effective from creation to operation.

This project demonstrates that there are ways to successfully develop projects in the UK by diversifying the energy mix and tapping into available markets.

The costs of technology are decreasing, and subsidy-free developments are becoming possible. While this news is great for large companies like Ørsted and Vestas who manufacture turbines and sell in huge quantities for large wind farm developments, the subsidy-free future makes it difficult for small community developers who are only looking to install a small turbine as part of a community funded scheme. In these cases, communities and small developers cannot take advantage of the economies of scale offered by making multi-turbine purchases, or savings on site works. Given the nature and limitations of the financing available, community-scale developers must work very hard to reduce costs of development and to ensure that the site will make a suitable return on investment in order to meet repayment terms. When subsidies were removed, coupled with the lack of available ‘lower cost’ connection options, this naturally became a much more challenging task for developers.

A subsidy-free world relies on the ability of projects to have suitable financial investment, and a long-term certainty of revenue to meet repayment terms on the investment. This means that when it comes to factors such as connection to the network, the development wants to secure this at the lowest cost and within a short timescale into start generating revenue as soon as possible.

What should the industry do next?

Aside from the issue of funding for development, the next significant issue is gaining access to the network. Grid connections are difficult to obtain for many developers in the UK at the moment, but there are alternative, non-wire solutions that can be used to facilitate grid connections. The success of these types of solutions depends on the distribution networks ability to create local markets - something that is a focus of the current DSO transition.

By building on the Clay Hills example, using a similar approach in a constrained part of the network will only be successful if local markets for services exist. This provides developers with the ability to stack revenue streams AND help the DNO by supporting the network where it needs it most, resolving constraints without expensive traditional upgrades.

The transition of DNOs to DSOs may open up these types of market for distributed generators, meaning that being able to generate revenue from local markets (or having the ability to participate in national markets) mean that there is a chance to build up a stack of revenues. No longer will distributed generation be reliant on long-term PPAs, but they can build up a number of revenue-generating opportunities through markets too. An example of this has been the recent development of storage. Creation of a new market specifically targeted at storage (Enhanced Frequency Response) enabled a number of large-scale storage sites to be developed.

The technology to enable this already exists, and most of the DSO discussion right now is focusing on the commercial and contractual arrangements – who is responsible for what, and who has the overriding control in certain circumstances. It remains to be seen whether the DSO or National Grid’s ESO will lead the markets, but the technology required will be similar - centralised control platforms that have visibility of market participants, can monitor the network in real time, can receive and issue set points to and from devices and interact with existing distribution and transmission management systems.

Using this technology, and through the creation of local services, or capabilities for DG to interact with the wider service market, will enable DG development in a subsidy-free world for all capacities – not just the Ørsted’s or Anesco’s of the world. 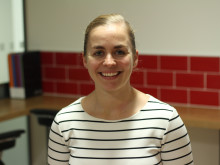 Laura studied at the Wind Energy Systems Centre for Doctoral Training at the University of Strathclyde and is currently a Senior Consultant with... Show more