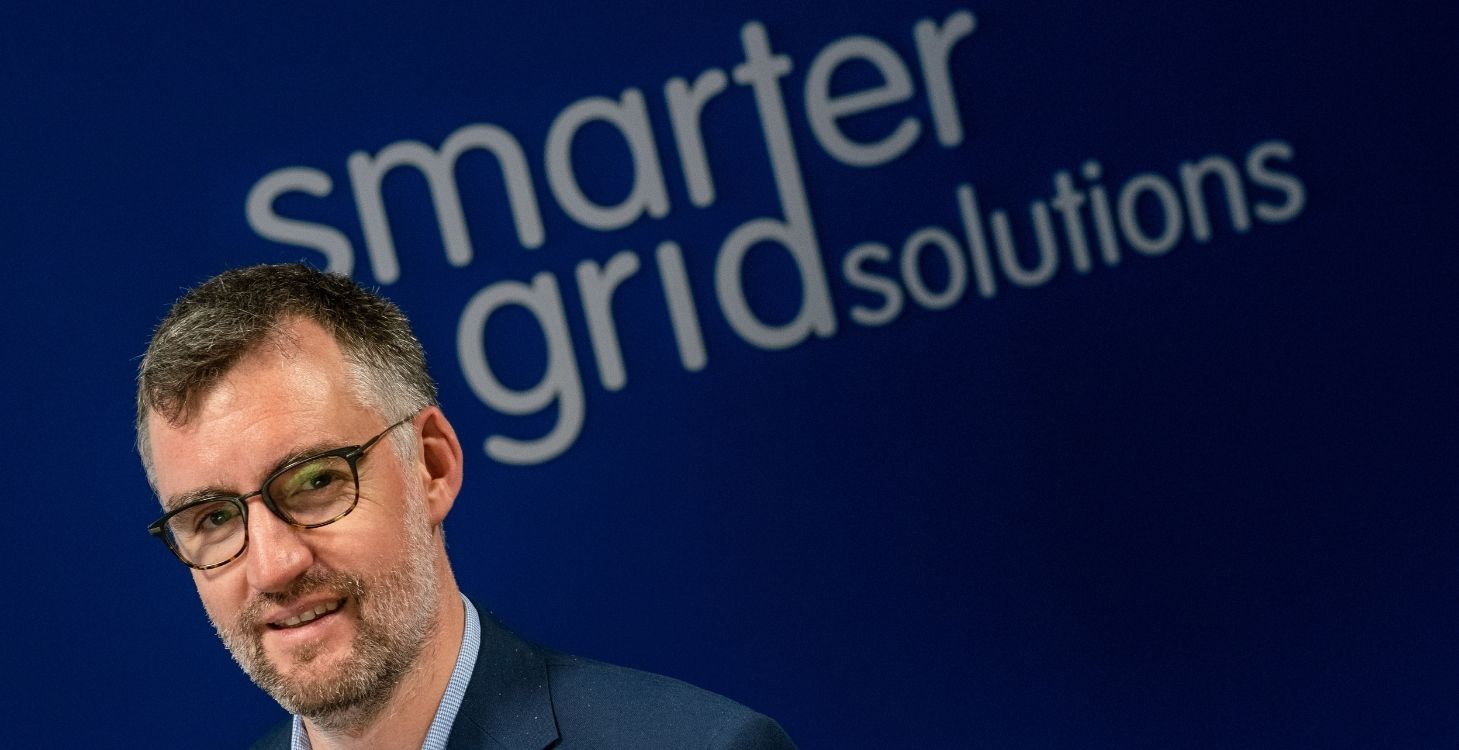 Euan Davidson was recently appointed as our Chief Technology Officer. Euan is educated as an electrical engineer and has 20 years experience running multidisciplinary teams for projects in control and artificial intelligence applications in Power Systems, Defense, and Aerospace.

Tell us a little about your background

When I was an undergraduate at university I was very lucky to work for team at ScottishPower as a student on their graduate training programme. They were excellent engineers, great people and dedicated. Staring at fault records day in and day out, I caught the power engineering bug. Really that was the beginning for me. At that time, Silicon Glen and the growth of electronics was the big thing in Scotland. A lot of my classmates went into that sector but for me energy and electricity networks was what I was interested in. Through a twist of fate, I ended up taking a research job at the University of Strathclyde. I thought I was going to work on grid-connected fuel cells. I thought fuel cells were going to be the next big thing (I was 20 years early at least) but on my first day I was told the plan had changed and was handed a book on Artificial Intelligence and told: you need to learn this! From power engineer to computer scientist. I spent the next 12 years working on all sorts of AI applications for the energy sector, a bit of aerospace work, and a bit of defence work. That’s how I came to ANM: around 2005 I started working on taking idea from AI and applying them to control problems. By 2012 that became my bridge into SGS….

What motivates you about your work with SGS?

I think there is a shared sense of mission at SGS. Of course – we want to build value in the business– but like a lot of us, fundamentally, we know that there are a set of challenges we face with our energy systems that need digital solutions. From the integration of renewables to grid and their management to the new age of energy flexibility. And that exists in the wider context of climate change and humanity needing to change its behaviour for the sake of our planet, children and grandchildren. I’d be lying if the intellectual challenge around some of the problems we try to solve isn’t part of the motivation for me as well.

What do you like best about working at SGS?

The people. I know that sounds cliched but there are several people I’ve worked with at SGS that break the mould and I think I’ve been able to grow and develop through working with them. They know who they are. The international aspect of our work makes it interesting and challenging. When I’ve visited New York or supported our work in North America, I’ve got a lot out of that.

What has been your biggest achievement so far at SGS?

It’s a team effort. Things I take pride in? Every time I pass Dunbar south of Edinburgh on the train, I see the energy from waste plant and the windfarms that are there because of SGS technology and our work with Scottish Power. That plant is key to the Zero Waste Scotland targets. Some of the connected windfarms are community owned. For me that is important: without SGS and our efforts with our customers, that wouldn’t have happened. Think of the jobs and other local community and economic contributions those projects created. That would have been much more difficult without SGS.

What are your hopes for the clean energy sector in the coming months and years?

You can see governments around the word consistently talking up decarbonisation in the wake of Covid-19 as part of their green recovery plans. Of course, we’ve been here before after the financial crash only for things to change over time. I suppose my hopes are that policy and plans for economic recovery become real tailwinds for the sector and for SGS.

Looking forward, what impact are you hoping SGS will have?

There’s the success of the company. We are all bringing our time and our energies to it. I think we are at a really interesting juncture. We’ve built something quite unique for the utility space but you can see relevance of our technology and skills in the wider energy domain – from microgrids to enabling participation in flexibility markets. There’s a second thing for me. I suspect that as I move into the later years of my career, that SGS will be seen to have been the place that some of the future stars of our industry spent some if not all of their careers.

Smarter Grid Solutions (SGS) were among global winners recognised for their contribution to...
Read More

The Potential of Electrifying Everything: Exploring Energy Breakthroughs from the Bottom-Up

We at Smarter Grid Solutions understand how important it is to contribute to the advancement of...
Read More