Over a decade ago while I was working on the integration of wind in Northern communities with both CANMET Energy Technology Centre and later at Hydro-Quebec, we considered using curtailment of wind using a dump load—essentially a big, controllable resistor—to help integrate more wind energy. Using selective curtailment, the system could mitigate impacts of wind energy on the diesel plant and manage stability constraints. During occurrences of high wind production and light loading, the system would kick-in by measuring the load on the diesel plant and would actuate the dump load to respect the minimum loading on the plant to acceptable limits. Given these instances were relatively rare, one could add more wind with only small levels of curtailment, through this relatively crude but effective approach.

It is now becoming obvious within the industry that we should do something other than simply dissipate energy into the surrounding environment. For the wind-diesel system, we looked at this and decided to consider the prospect of including energy storage into the design. While the logical leap remained fairly obvious, the engineering leap was more of a stumble, as one quickly runs into the cost of energy storage, and the complexity of deploying new technology in particularly hostile environments, that are both hard to reach and a challenge to maintain once the system is up and running.

To curtail or not to curtail?

This creates an interesting engineering problem: given a certain sum of money to invest, does it make more sense to invest in energy storage and the associated controls or simply purchase more wind turbines and curtail more energy? Considering the relevant financial and technical parameters it turned out that for medium to high penetration of wind, the answer was: install more wind turbines and dump energy when there is too much. For the same number of dollars invested one could serve more of your load with wind energy using the rudimentary set-up of many wind turbines, a dump load, and a diesel plant than a more sophisticated set-up using energy storage.

From off-grid to on-grid to DSO

Fast forward fifteen years and consider the rapid growth of wind and solar integration to the bulk power system over that period. Now, the interconnected power system represents something vastly more complicated than our off-grid example but one can draw an interesting parallel. What role should curtailment, energy storage and other flexibility levers play in helping to integrate large amounts of renewable energy in a cost-effective fashion?

This question is particularly germane today with the hype around energy storage and its purported values, value stacks, and promised cost reductions, arguments that certainly have some weight to them. Indeed, energy storage’s flexibility levels the playing field to a certain extent insofar as energy storage offers other services curtailment cannot offer alone. Nonetheless, paired with demand response—demand that can be both controlled down but also scheduled on to coincide with excess production—curtailment possesses similar performance. One thing is clear: more renewables implies the need for distribution grid services, including flexibility.

Intelligent control solutions will effectively manage the myriad resources in such a way that is commensurate with the objectives of the market, regulatory and policy framework. Assuming this framework has provisions for such flexibility services, the market ultimately will decide the optimal combination of flexibility measures—curtailment, demand response, and storage—to achieve the level of renewables targeted by society. Industry initiatives in the UK around the distribution system operator (DSO) and the Department of Energy (DOE) led Modern Grid Distribution Project around the concept of distributed system platform (DSPx) in the US, represent two initiatives that will help industry chart its next course, and in doing so shape curtailment and energy storage’s future roles.

You can hear more about this topic and others, when Chad speaks at the upcoming EUCI "Dumping Energy" event in Minneapolis which starts tomorrow. 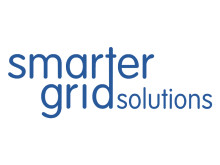